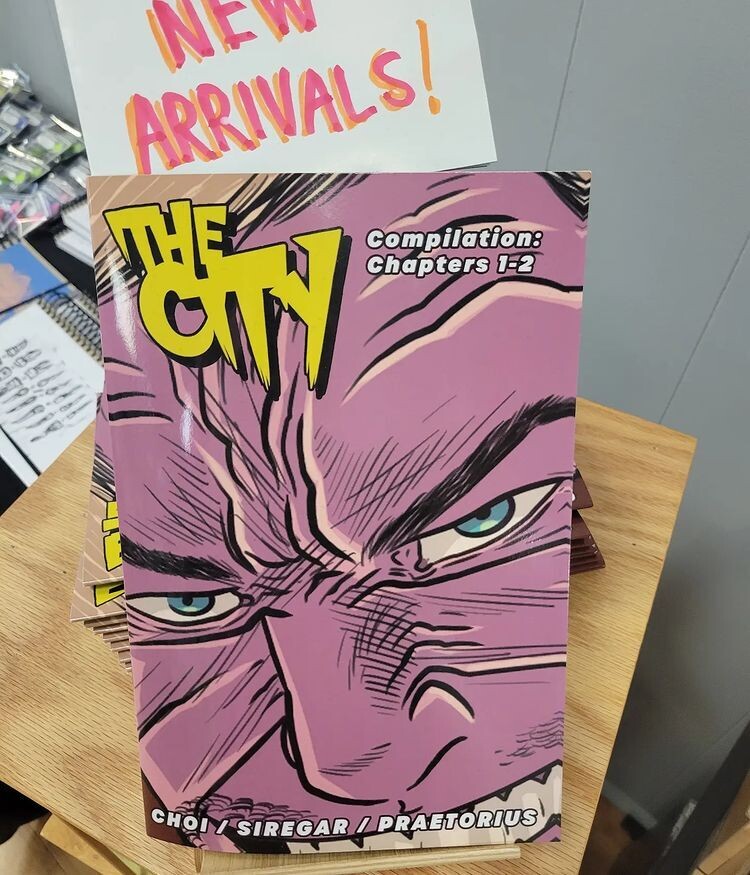 “LEAVE THE CITY IF YOU WANT TO LIVE,” War is in the air once again, as organized crime syndicates of the inner and outer City clash to fight for vengeance and power. Jericho, an aging ex-militia general that kept the peace of the City finds that his heroic feats are long forgotten, as K, a charismatic leader of the slums rises to seek revenge against him. Guerrilla warfare ignites, as unimaginable terror blazes through the City, and Jericho begins to realize that it may not be as simple as it used to be.

THE CITY is an original graphic novel written by Choi David, illustrated by Dicky Siregar, and coloured by Dave Praetorius.