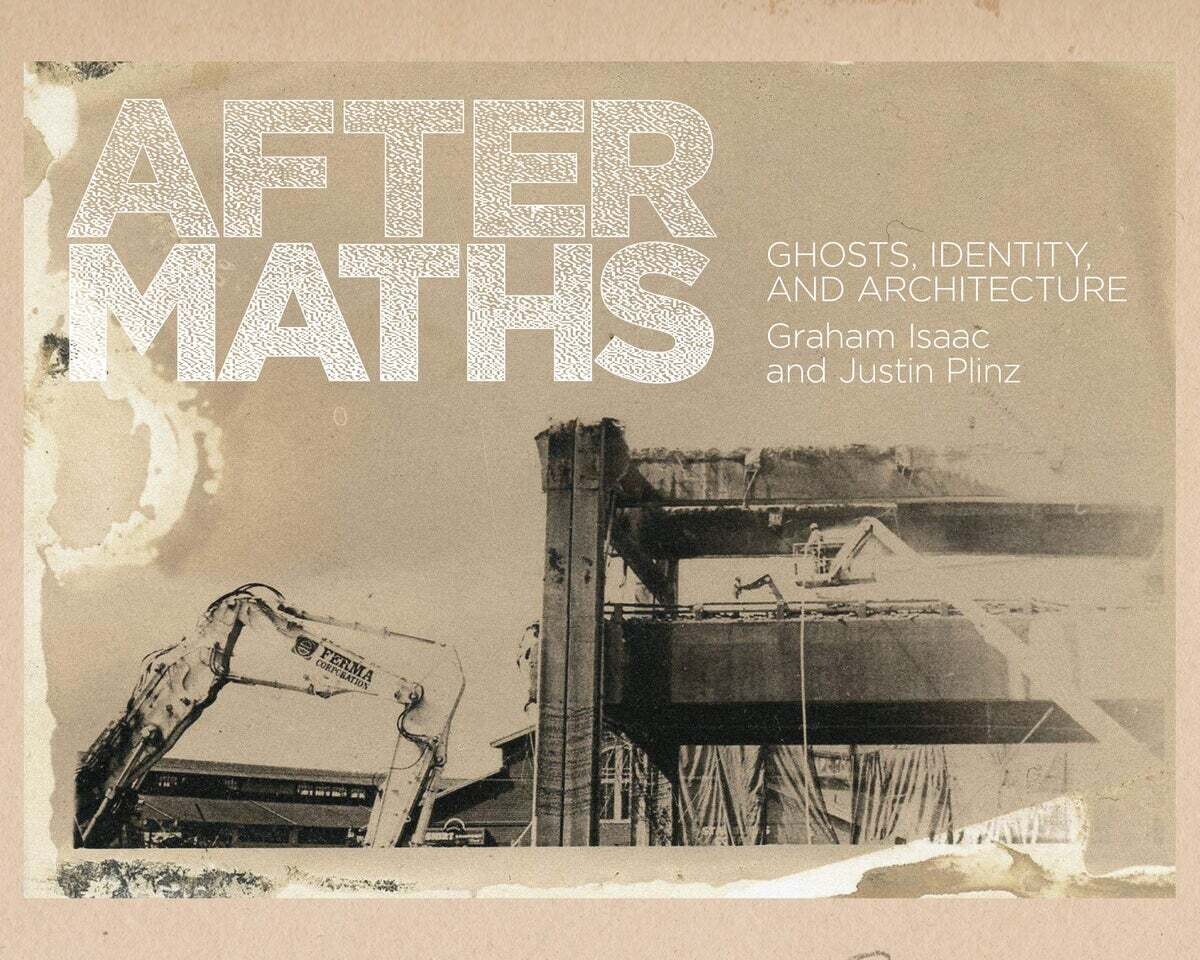 A collaborative collection featuring photography by Justin Plinz and poetry by Graham Isaac.

Welcome to the Aftermath - an outside-time war-ravaged city that both is-and-is-not the Pacific Northwest of today, and things are bleak. Framed by a series of film photographs by Justin Plinz, photos that seem at first like they could've been taken in the past (until easily-missed details like a cat tractor at the edge of a frame, a website on a poster on the side of a chapel, or the too new cars give it away), this book and these poems by Graham Isaac "question my hometown's innocence" by exploring a city and its people in the wake of war. But it's hard not to read this book as an allegory for Seattle in the era of Amazon and the tech boom. "Things grew and businesses thrived and large buildings came and we felt important. Companies hired and fired and churches and cults and sports, so many sports." And "architecture enthusiasts took photos / of the city's largest shelter, stepping / over those sleeping outside it." I could be biased since I live here. Whether it is or isn't, these poems grapple with the past and present of what a place - a home - is, what it means to its people, and what it can and should be.

For years now, Graham has haunted the corners and alleys of every city he's lived in, his fragmentary, laconic narratives by turns hilarious, haunting and heartbreaking. I never thought I'd be glad to see Filthy Jerry again, but man, it's timely.