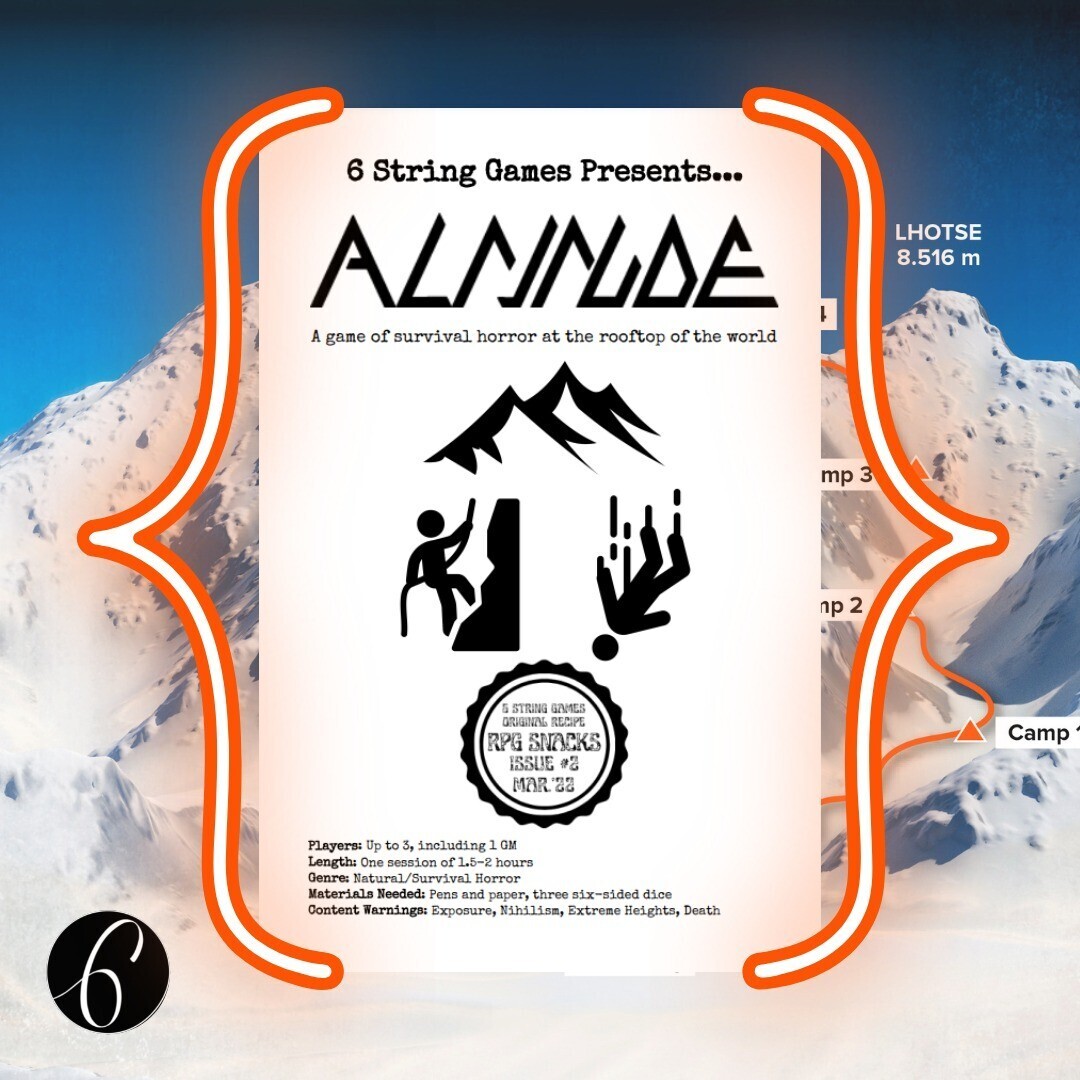 Altitude: A Game of Survival Horror at the Roof of the World

ALTITUDE is a roleplaying game for 3 players. Two players play as a pair of Climbers attempting to summit Mt. Everest. These are the Player Climbers (“Climbers” or “PCs” for short). The third player is the Mountain, who acts as gamemaster (“GM”).

ALTITUDE attempts to answer a perennial question for climbers, and one which has no satisfying answer:

Why do we climb?

Because here’s the hard truth:

Yes, being the first to summit a peak can earn you a spot in the history books; we remember names like Norgay and Hillary. But most climbers won’t be remembered. They will spend years scaling peaks already tied to a few famous names, rising to new heights of obscurity before finally hanging it up to eke out a living somewhere closer to sea level.

Or they will die.

They will die buried beneath the crushing weight of a sudden avalanche that could never have been predicted. They will die battered and broken at the bottom of a crevasse that they never saw coming until the snow gave out beneath their feet. They will die gasping for breath somewhere high up above the clouds, where the air is so thin that it cannot sustain life, their minds bent and broken by oxygen deprivation. They will die because the Mountain yields no regard to our pretensions of glory. The Mountain reminds us of our place in Nature: at its feet, on our hands and knees, begging for mercy.

And yet, we climb.

This game is about imagining what spurs Everest mountaineers to do something extraordinarily dangerous which offers no reward beyond personal pride.

This game is also about The Mountain - Sagarmāthā; Chomolungma; Everest. Standing 29,031 feet above sea level, the highest point on Earth attracts all manner of glory chasers, a sizable portion of whom die in the attempt. And because it’s often too dangerous and expensive to take them down, most will remain on Everest forever. In time, their real names will be forgotten as they take on nicknames given to them by other Climbers, who use their frozen corpses as trail markers.

Will you make it to the top?

Or will you become another anonymous trail marker?