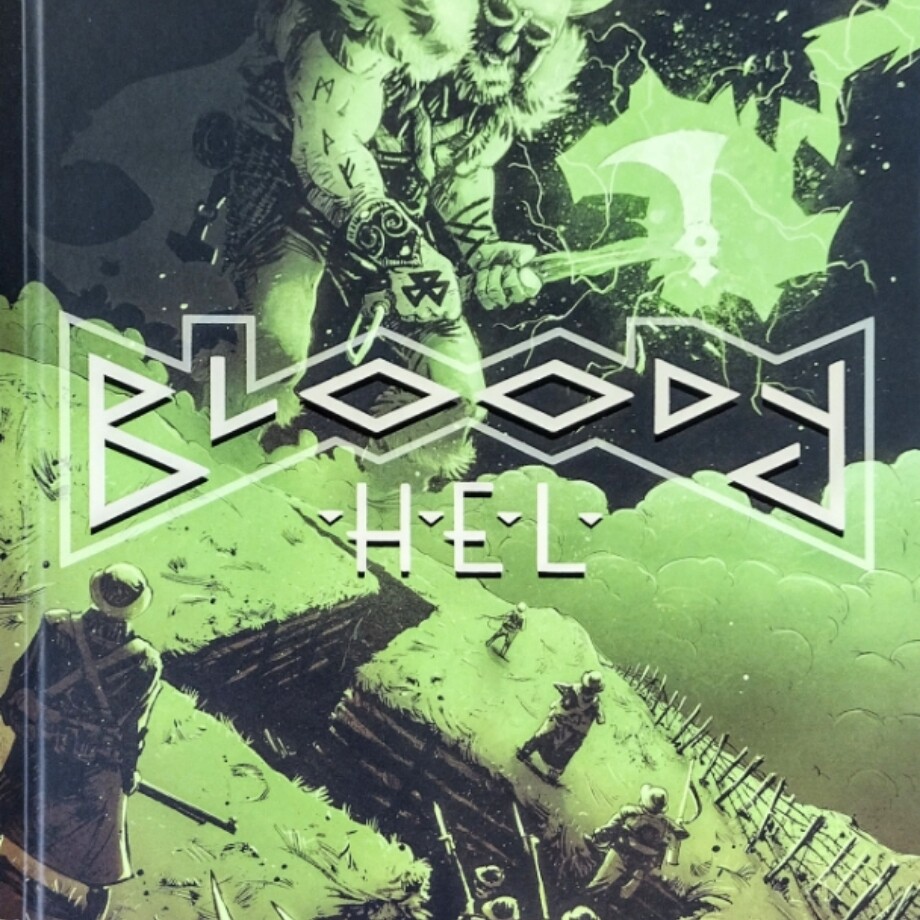 Drafted into a war he has no desire to fight, infantryman Private Andersen’s only goal is to make it out of World War I alive – a task made much more difficult when he’s ordered to cross enemy lines on an explosive secret mission. His unit never makes it to their destination. Instead, they unwittingly free a group of ancient Viking Gods, imprisoned for centuries by Loki’s children, Fenrir and Hel.

Mad as hell and tearing for a fight, the Gods, led by brave Henrik, decide to conquer Earth and bring about Ragnarok. With a deadly skill for knotty subterfuge inherited from their legendary father, Loki’s children have a few tricks left to play, and the fate of the world may rest on reluctant Andersen, thrust into yet another war with consequences on a mythic scale.

Full of mystical battles, historical detail, and the power of human frailty, ingenuity, and heroism, BLOODY HEL gives new meaning to “the war to end all wars” with a shattering apocalyptic throwdown in the trenches, millennia in the making!