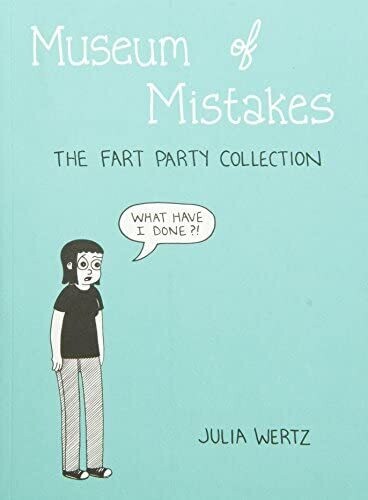 In 2004, Julia Wertz began an autobiographical comic with the unfortunate, extraneous title “Fart Party”. Drawn as a joke, the comic was never intended for public consumption. Despite this (or possibly because of it), a decade later, Wertz found herself to be a professional cartoonist with four published graphic novels, two of which were nominated for Eisner awards. How the f@*k did that happen?

Museum of mistakes does not endeavor to answer that question, but instead presents a collection of Wertz’s early comic work, including the first two volumes of The Fart Party, as well as unpublished and/or previously uncollected comics, short graphic stories, illustrations, sketchbook pages, dumb doodles, funny hate mail and more.