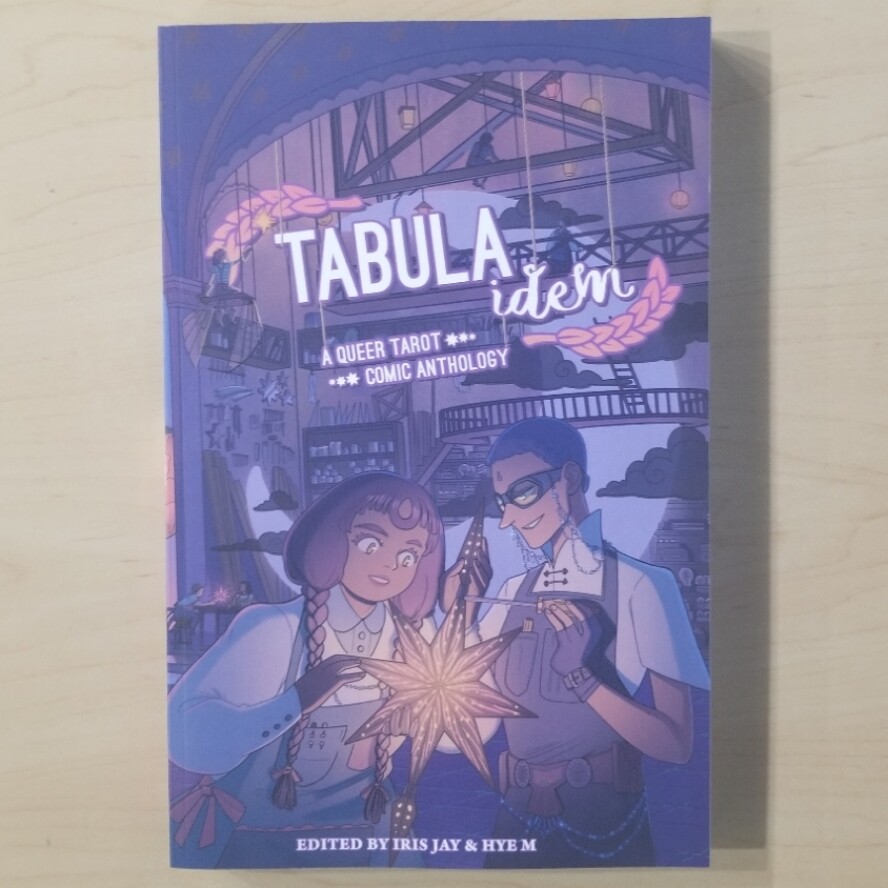 TABULA IDEM is a 240+ page black and white comic anthology (with full color splash inserts), structured around tarot’s Major Arcana– 22 short comics beginning with The Fool, and ending with The World. Each story, featuring unquestionably LGBTQIA+ characters (including trans, genderqueer, genderfluid, and other non-binary/unique pronoun characters with queer romantic alignments), themes, and reflections, and will culminate in a tarot card image, either as a moment from the story, or a mirror of the comic as a whole.