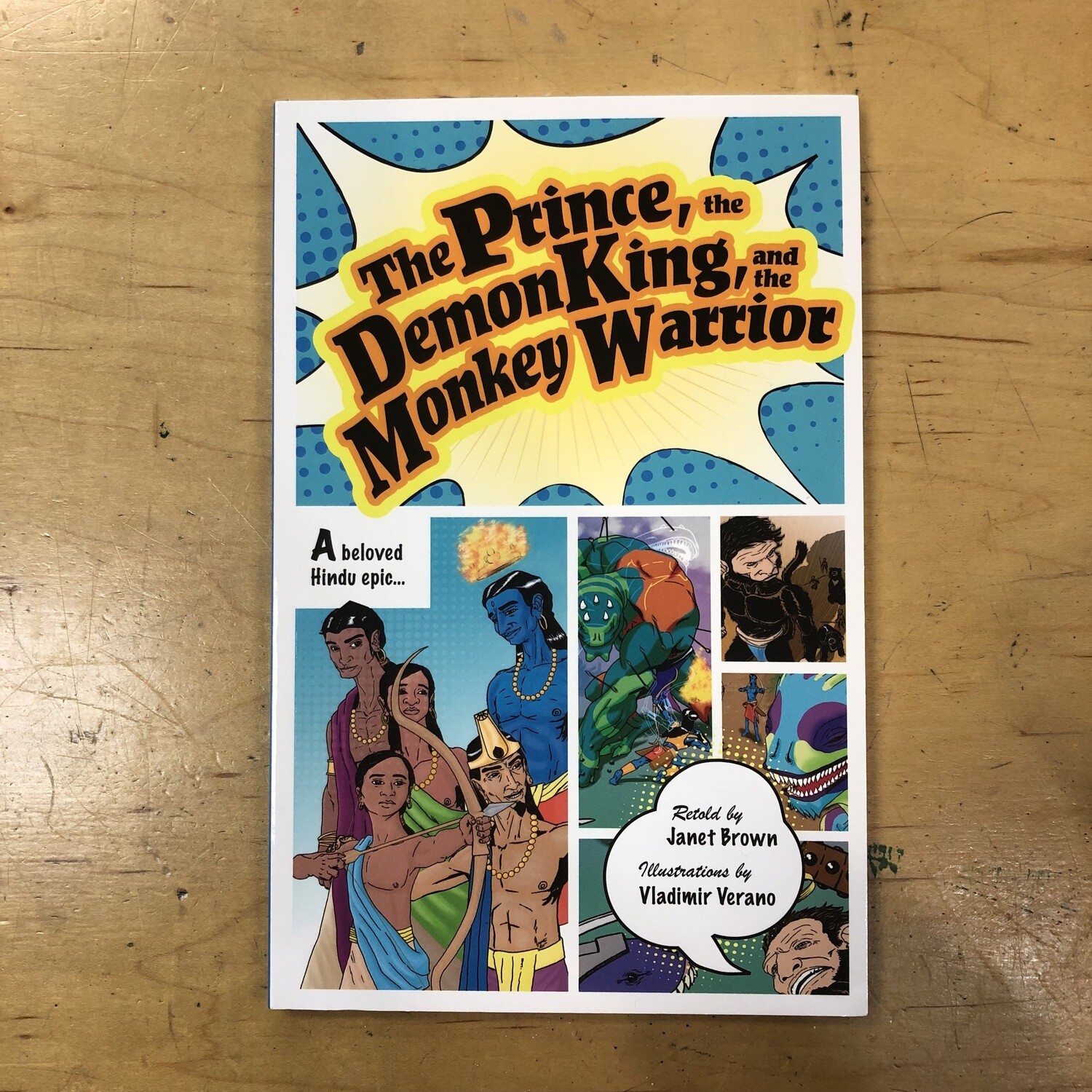 The Prince, the Demon King, and the Monkey Warrior: A Tale of the Ramayana - Book by Janet Brown and Vladimir Verano

In the tradition of the legends of the Trojan Horse, King Arthur's knights of the Round Table, and the story of Mulan, comes a retelling of the Ramayana. Prince Rama, banished from the kingdom that is rightfully his, goes into exile with Sita, his wife, and his favorite brother. When the King of the Demons kidnaps Rama's wife, he and his brother join forces with Hanuman, the Monkey Warrior, to rescue her.

A story filled with bloody battles, ferocious monsters, and magical adventures, this classic is designed to entice readers--even reluctant ones-- and capture imaginations with its lavish and dramatic illustrations, as well as with a story that has endured for centuries.

Written by Janet Brown, with illustrations by Vladimir Verano